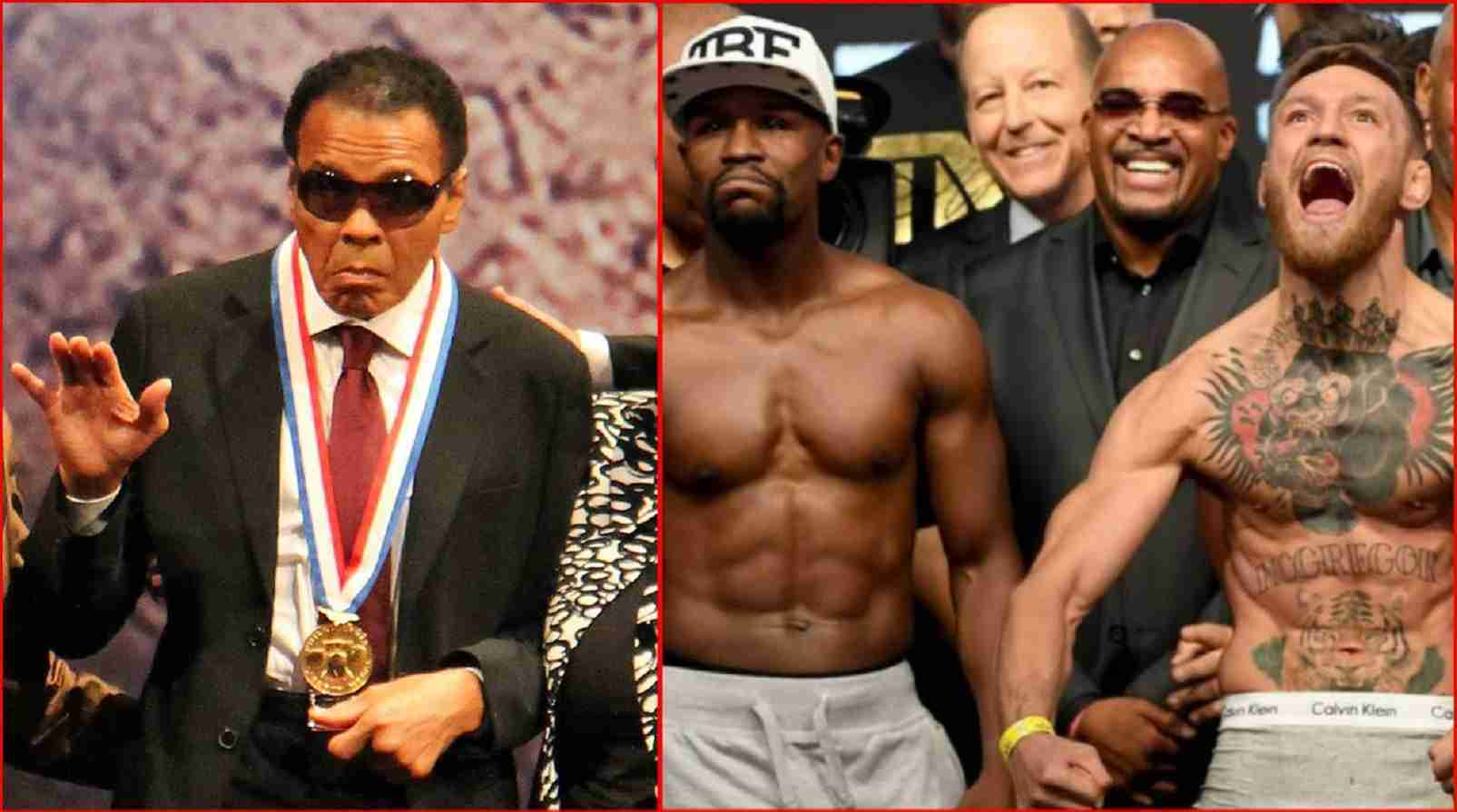 Muhammad Ali is much revered in boxing, sport and popular culture in today’s times and in years gone by.

Surely the most important individual of the 21st century.

But people forget that most Americans were for the Vietnam war back in the day and when Ali stood up for what he believed in and refused to enlist in the war, some in his government disliked him for this.

Very independent, principled guy Ali. He lost his boxing license subsequently and was robbed of his prime years by selfish, short-sighted, unwise politicians and civil servants. For a while they fooking robbed him of his boxing license, his work visa to do the job he loved most in the country he loved most. Fooking weasels regretted it after then of course.

People also forget when he was a much younger man than that, in 1975, when he won an Olympic medal for his country, then went home and was refused service in a restaurant, he ended up throwing the medal into an Ohio river.

Betrayed by a small few of his own fellow countrymen and countrywomen.

Watch: Where The Gervonta Davis Backflip Genesis Came From

Also maybe because he was young and successful at that time internationally outside of the country where he was born. Jealousy is an illness at the end of the day. It wasn’t until after a while that people realized how selfless and kind Ali actually was, genuinely out of the goodness of his heart, nothing else.

Trying to help those less fortunate than himself.

For no other reason other than the aforementioned.

His faith in God was everything to him Ali.

Then he had to nearly be actually killed multiple times to illustrate his point and to get it across, time and time again, and put himself through literal hell and back and fought on way, way too long, sadly, in the end.

Mayweather pointed this out tonight after his fighter Gervonta Davis defeated Isaac Cruz in Los Angeles:

“When Muhammad Ali was in the fight game at the top of his game kicking their *** they hated him. He had to nearly be able to not walk or talk, that’s when they loved him. See, they don’t like me because I am a straight shooter and was able to (independently) become my own boss.”

“I’m going to continue to tell Tank (Gervonta Davis) to go out there and be the best that you can be. Fight and be smart.”