Creativity and innovation appear to be alive and well among some fighters at least who are taking self-promotion more and more into their own hands.

Unbeaten cruiserweight Lawrence Okolie next fights Isaac Chamberlain on February 2nd at the O2 Arena in London in a fight between two standout prospects in the UK.

Okolie is managed by current heavyweight champion of the world Anthony Joshua, who’ll also be co-promoting the event as it happens with a 50/50 split agreed upon in terms of dividing up the money.

He’ll no doubt have a chuckle when he sees this, as will Okolie. Chamberlain has gotten very creative here to be fair: 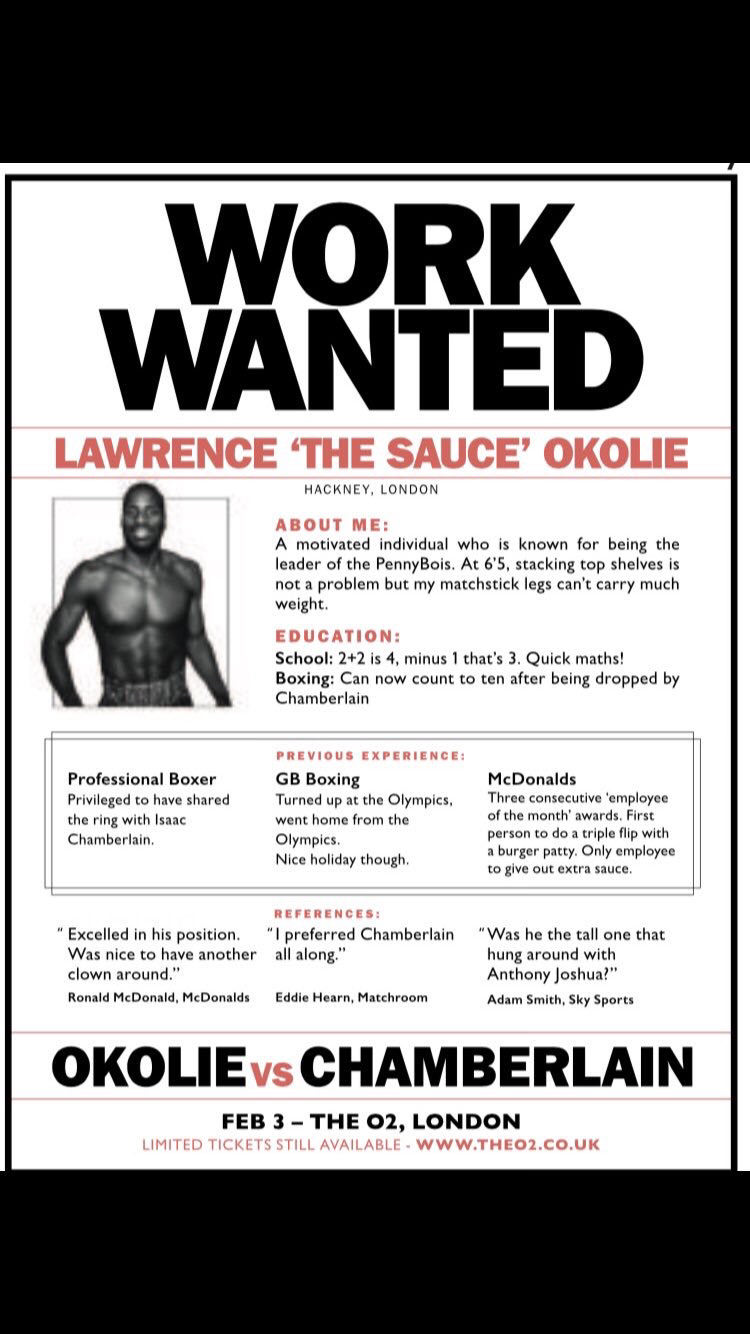 Well, if it was a wind up he was looking for, he’s succeeded here with this surely.

Nothing has really come back from Okolie about this so far but no doubt like a professor, he was taking some mental notes and will let his fists do the talking in the ring next week.

The bout will be carried live on Sky Sports in the UK.

As a fight it poses an interesting clash between two unbeaten cruiserweights.

These type of fights matching unbeaten prospects can only be good for both the boxers and boxing as a sport at the end of the day.

No more waiting around for years to see fights happen – fans demand them thick and fast – with a change in attitude on the way about removing the importance of having an “0” on a fighter’s record.

A ludicrous notion at any rate.

Yes, being unbeaten is cool if you’ve fought good opposition, but fans are more interested in seeing genuinely good fights – which this one certainly falls into the category of.