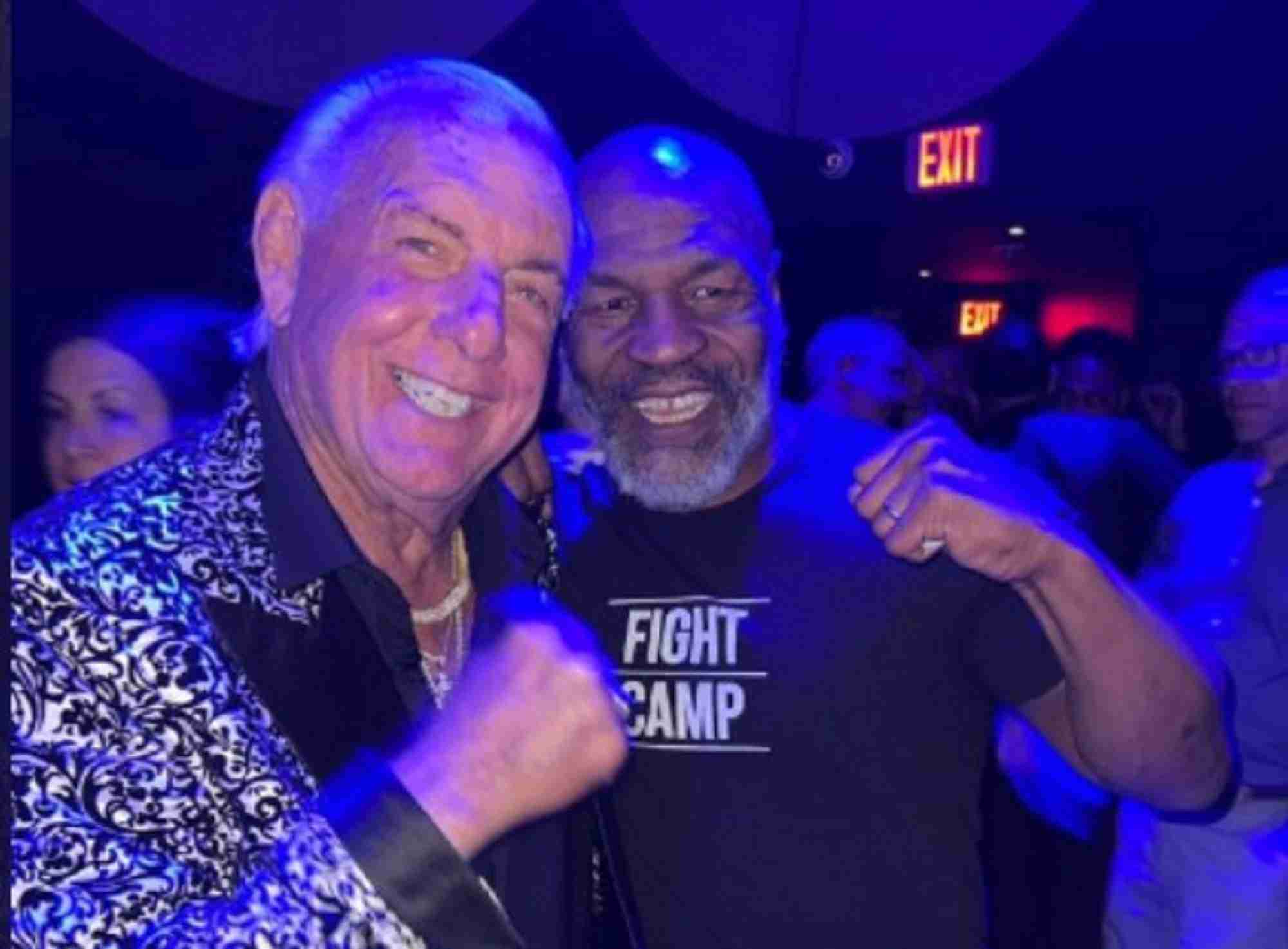 Former heavyweight champion Mike Tyson it was reported this week got into a minor altercation on board a flight with an unruly, inebriated passenger.

Subsequently, it has also been reported that it appeared Tyson was provoked and was acting purely in self defense.

Seems like Mike Tyson knows everything will be okay and is in good spirits pictured after the incident.

With none other than the man, the myth, the legend, Rick Flair: