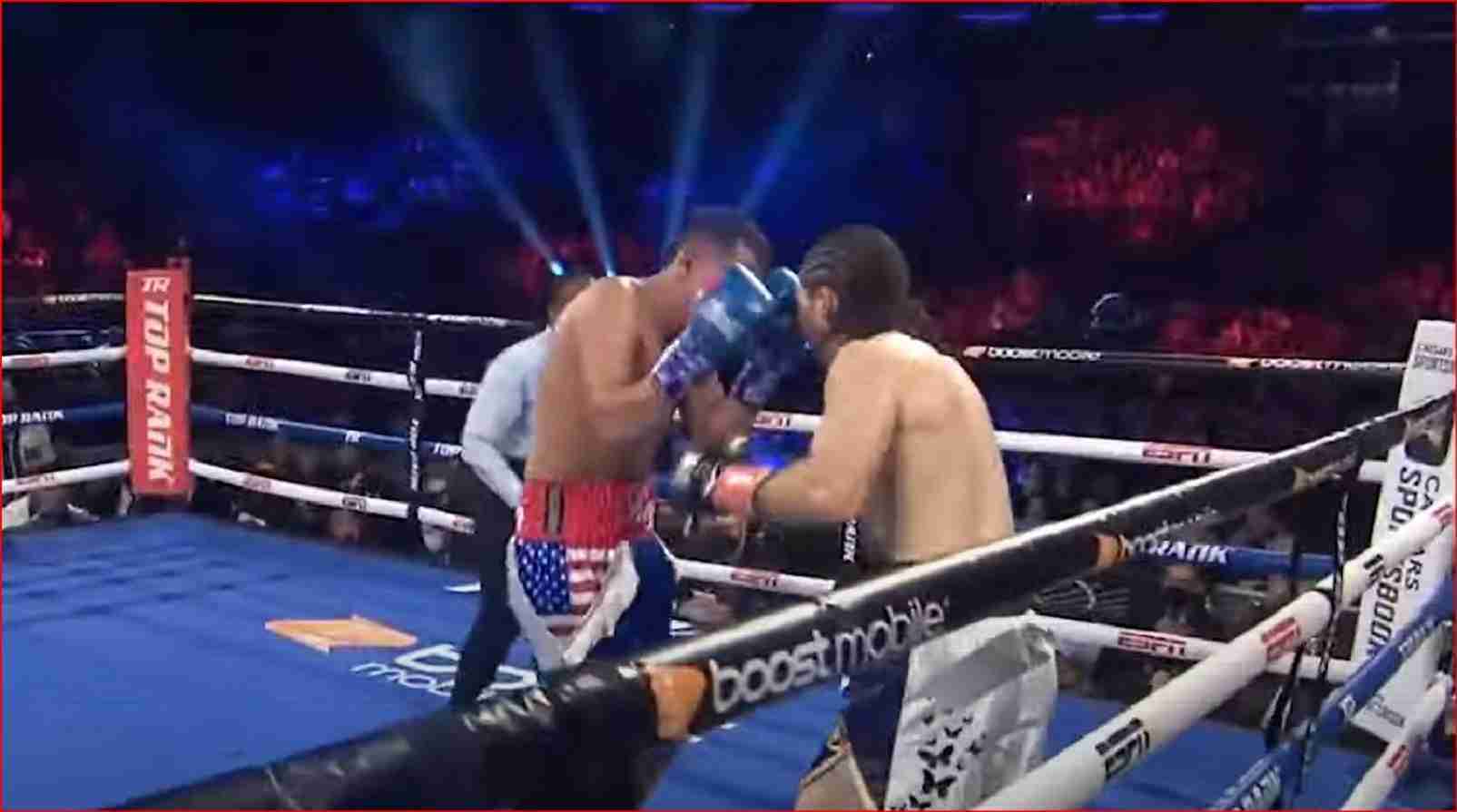 While some hardcore boxing fans might not be happy with the hype Muhammad Ali’s grandson is getting at the moment he continues to prove them wrong.

A ruthless performance this weekend in a learning fight that will surely be good for him and teach him some early lessons.

Just business and went the right way about the job overall most boxing fans would surely approve.

Nico Ali Walsh grandson of the great Muhammad Ali was put to an early test but got the job done:

Likely he will simply laugh his head off looking back at this fight in some aspects.

Early tests like this can often be very good for prospects in years to come.

Boxing fans have taken to him and after a solid job done will walking his man down.

He will surely know much more is needed to really get boxing fans’ attention to get the big fights though.

With more subtly in his work, defense and so forth as they step him up through the levels.

Credit to both fighters this weekend. Maximum respect.

Muhammad Ali’s grandson Nico Ali Walsh’s voyage rolls on as he continues to carve out his own path.

Tremendous prospect for sure.