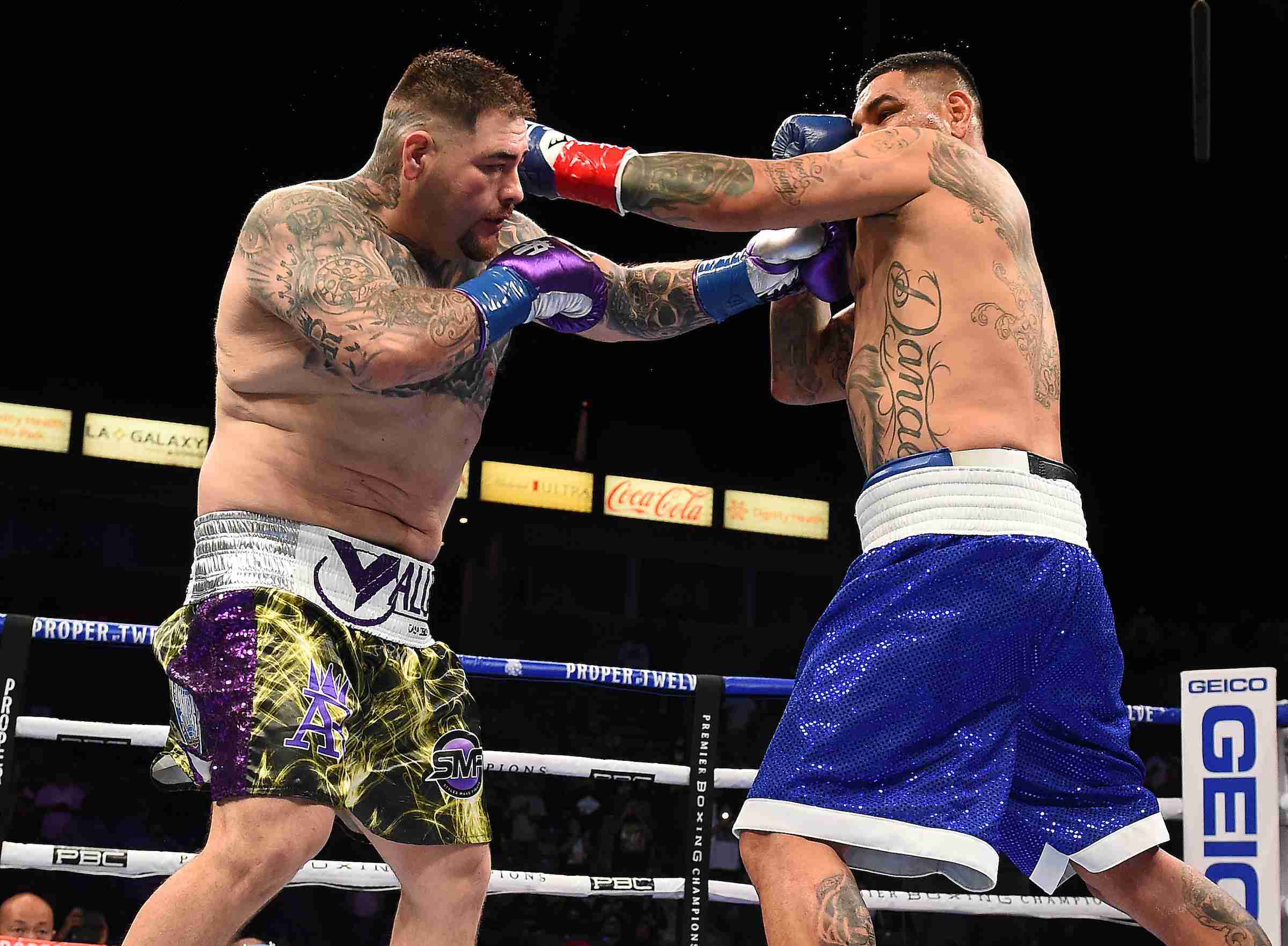 Ruiz won a unanimous decision in the end in an excellent fight overall.

Lewis has recently been linked with a rematch with his old rival Mike Tyson after all these years.

Mentioned by Tyson himself no less.

The scenario would see the two potentially get involved in an exhibition almost twenty years on from their first fight.

Speaking at the Ruiz vs Arreola fight Lewis confirmed the reports to be in fact true:

“Not yet but soon. Maybe. We are talking.”

No doubt the exhibition would generate a whole bunch of interest.

A Tyson vs Holyfield triology fight collapsed recently due to a breakdown in talks.

Tyson vs Lewis could do similar or bigger numbers than the recent Tyson vs Jones exhibition.

These fights with legends of the past are okay if exhibitions. If done in the appropriate, sensible spirit.

At least they are involving genuine boxers and champions from the sport’s history.

Not just some random internet celebrities who put on a pair of gloves and look to deck one another and cash out quick. Not cognizant of the damage they might do to boxing in the process.

Also, exhibitions involving the likes of Tyson can give legitimate professional fighters on the undercard opportunities and another platform. Advantageous to these boxers and boxing, therefore.

In a way, that is almost like the old lions helping the young lions of today’s times out too.

Time will tell what happens in this Tyson vs Lewis rematch exhibition.