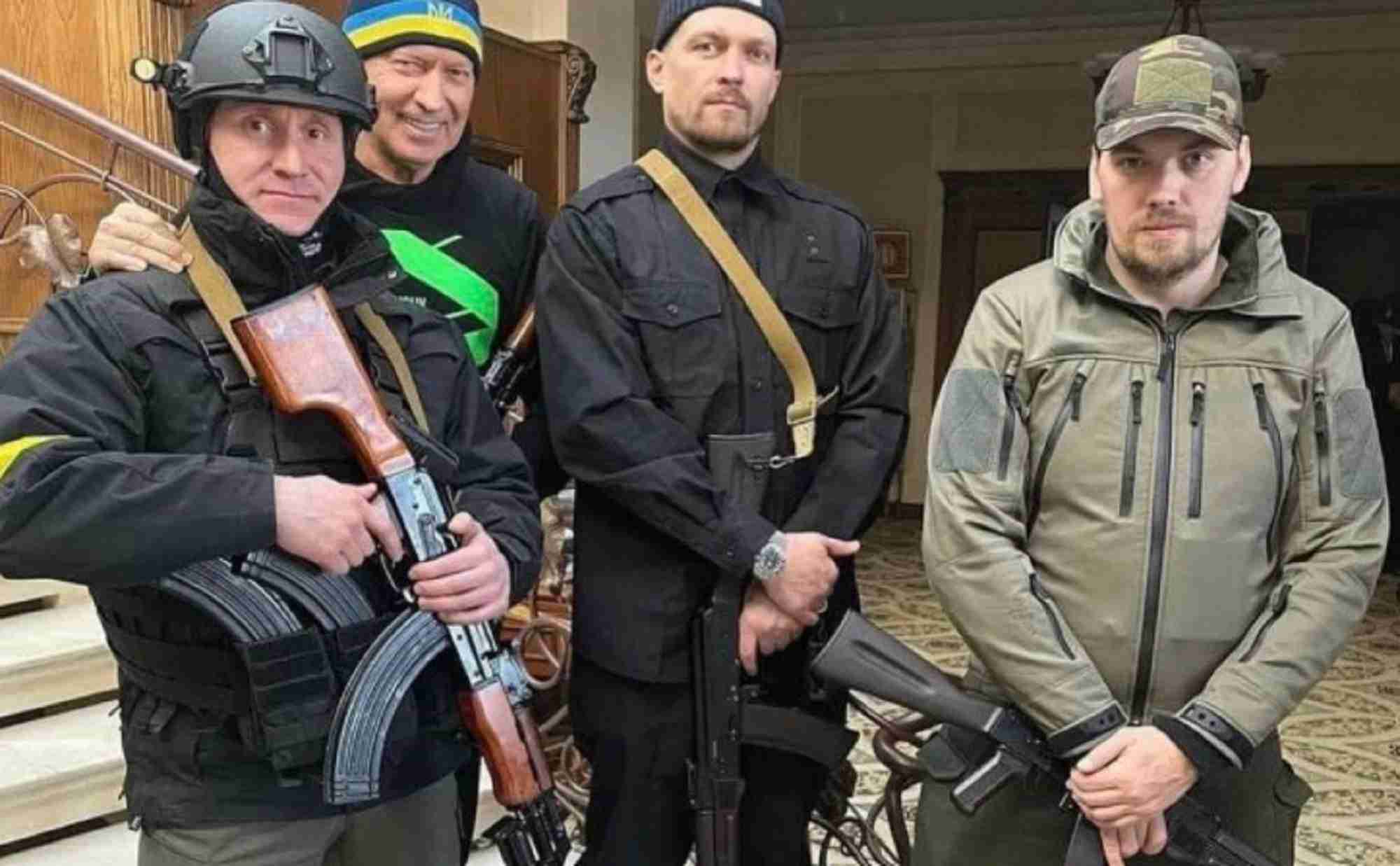 You would hope that both sides come to an agreement soon and be neutral, look at one another as brothers as part of one human race — in pragmatic but optimistic dialogue after the fighting in recent days.

Through the bad good can come too. Light can shine in even the darkest of places.

Please God some respectful, continued talks happen by both the Russian and Ukrainian army.

Surely none of these soldiers want this.

Heavyweight champion Alexander Usyk is in Ukraine at the moment pictured here alongside others:

Of course this tragedy is not only hurting Russians and Ukrainians — who’s army members should look at one another as brothers to move on — but the whole world now.

There’s only one planet at the end of the day. Everyone should get along.

One would hope restraint can be shown and continued talks happen between the two armies.

To lead to an end to this carnage.

Certainly it has taken the boxing world off guard a lot too.

The likes of which no one expected to escalate so quickly.

Thoughts and prayers to all affected.

Greatest Russian Fighter That Ever Lived Was Born In Ukraine