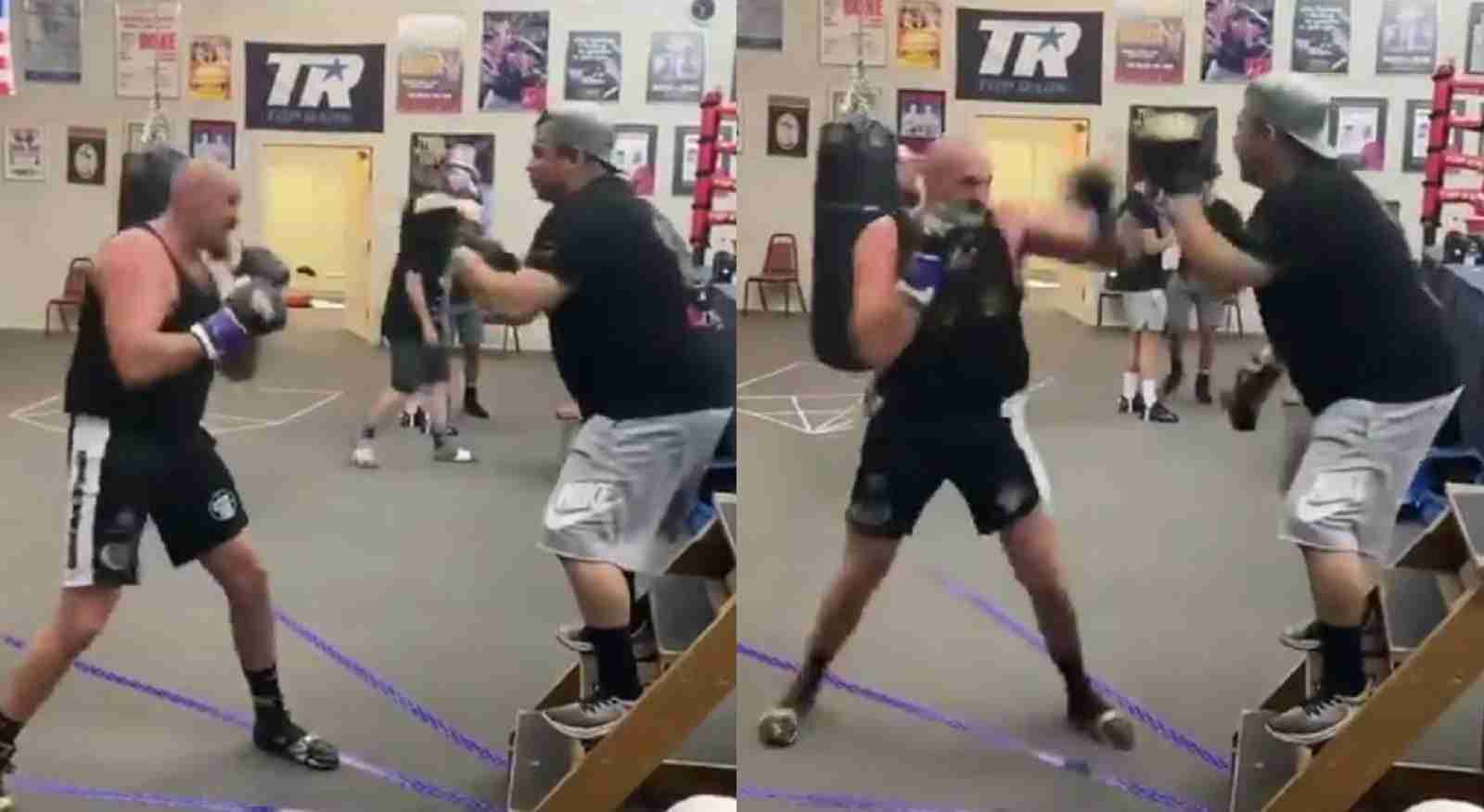 Tyson Fury Next Fight Expected To Be Confirmed Shortly

Lineal heavyweight champion Tyson Fury has been training in the fight capital of the world in recent days.

He’s been doing so amid constant talks that appear to be nearly over the line for his next bout which most boxing fans hope is against Anthony Joshua.

A mammoth clash in the world of sport that would see a match of skill, will and punching power determine an undisputed heavyweight champion of the world.

A really amazing fight if it can get done.

Fury has posted the following training update showing he is already light and in excellent shape ahead of an expected announcement:

Joshua for his part has also been ticking over in recent months.

It is only in the last week or so however, that things really look like they are serious in terms of finally getting this fight made in 2021.

The question will be where.

Due to the ongoing world situation this is the major issue but with a lot of boxing matches already planned for the summer of 2021, it would appear that it makes logical sense to confirm this fight for then too.

It would be arguuably the biggest heavyweight title fight since Lennox Lewis vs Mike Tyson.

That’s nearly twenty years ago at this point.

And really, when you look back at that, that was certainly at least one boxer past his best in Tyson too.

But because fans thought it counted for something and Tyson still had that magic and aura, they bought into it.

Anthony Joshua vs Tyson Fury however represents two heavyweights genuinely both in their prime.

Both at the peak of their powers. Or at least close to them.

For that reason and with where the world is, the significance of the fight both from its holding within the sport and in mainstream sports worldwide, is much bigger.

An event of this size obviously takes a lot of time to get people to agree on and particularly with the situation in the world now, it is probably even more filled with garbage politics in that regard.

At the end of the day though this is the fight that has to happen in 2021 for boxing.