Watch: Boxer Gets Physically Knocked Out Of The Ring 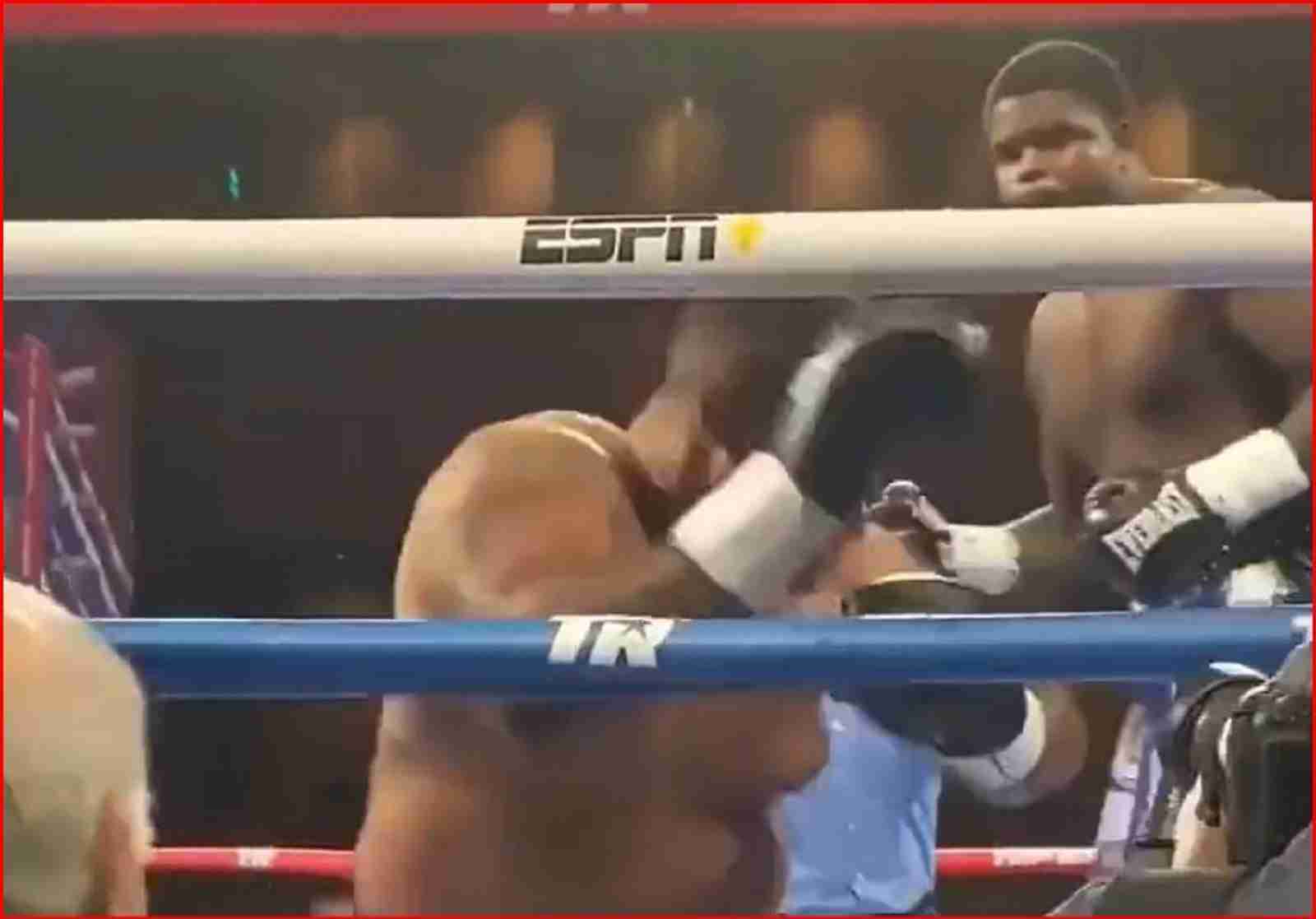 It doesn’t happen often but sometimes it does.

Whereby a knockout or stoppage occurs by one unarmed combat participant being knocked out of the ring.

Whereby the count continue or the stoppage is deemed.

Or sometimes action may resume pending a referee’s decision.

Here is what happened in wild fashion one time to a current heavyweight contender:

Respect to both fighters.

ESPN have been doing a good job lately as well as Fox in terms of programming for boxing.

Hope to see it continue.

Since then Cassius Chaney fighting out of Connecticut has a record of 21-1-14 KO.

He only lost a split decision to George Arias last month.