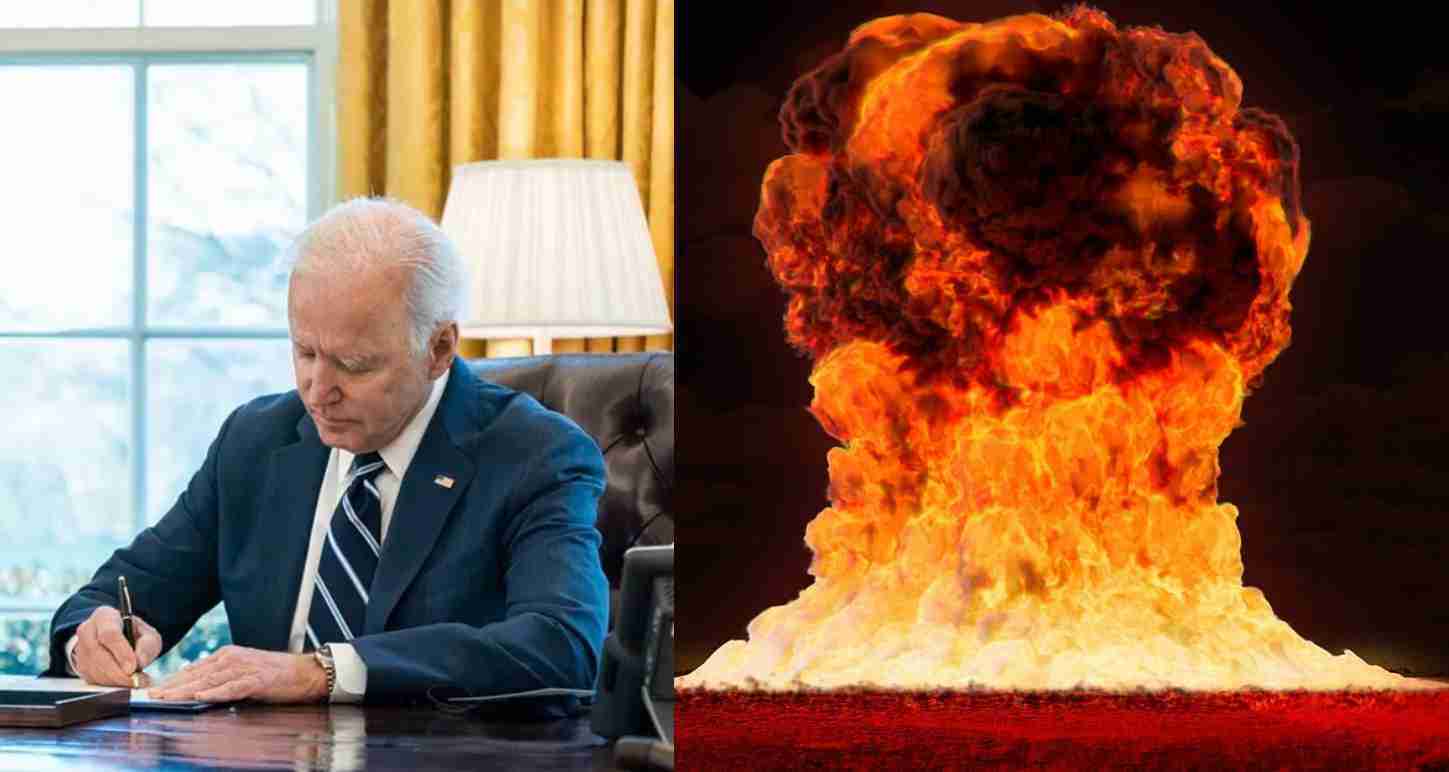 Look, nobody is going to nuke anybody in the big fight news in the world at the moment.

It would be illogical and irrational in any sense to suggest it would happen.

That would put everybody at risk (including the elites) and these money and power hungry merchants in their little offices or ivory towers in Moscow or China somewhere, or maybe hiding out in some Embassy thing somewhere or something, will do nothing, respectfully speaking.

That’s the fact and reality of it.

As pertaining to this:

Nah, no you won’t comrade.

Not in this life you won’t.

Until these people can talk and get along and do some peace talks, more pressure needs to be ramped up today and the days ahead crucially for Ukraine in self defense to bring this thing to some sort of conclusion.

Hopefully peace talks can come about then in due course or the war is ended.

The above suggestion from the above comrade, in his infinite wisdom, would put all countries at risk with that type of talk of nukes and so forth.

Ya know, with respect, after a bit of carnage recently and some family stuff that got brought up and had to be put to bed and moved on from, moved on nicely today with a good session at the gym. Happy days. Can’t beat the gym.

Damn, the gym and exercise are literally a life line and as important as oxygen for some people.

Never been as strong and as healthy, either, somehow, some way.

That said, got home today then to see all this in the fight news…

World really collapsing in some ways…

The news industry and the world literally collapsing.

Governments and politicians folding and breaking all over the shop.

Politicians folding and snapping in two like matchsticks it seems.

Total shutdowns on the operation side of various Western countries.

Don’t really understand it though.

When you look out the window today the sun shining and there is fresh air.

Sun is shining and the weather great.

The news industry and the politics and all that stuff, just a load of bull, with respect.

The fight news in the world continues.

Have a good day.

Hopefully people will get along a little better soon sometime.

People Are In Agreement With Moment Of Manny Pacquiao Poetry