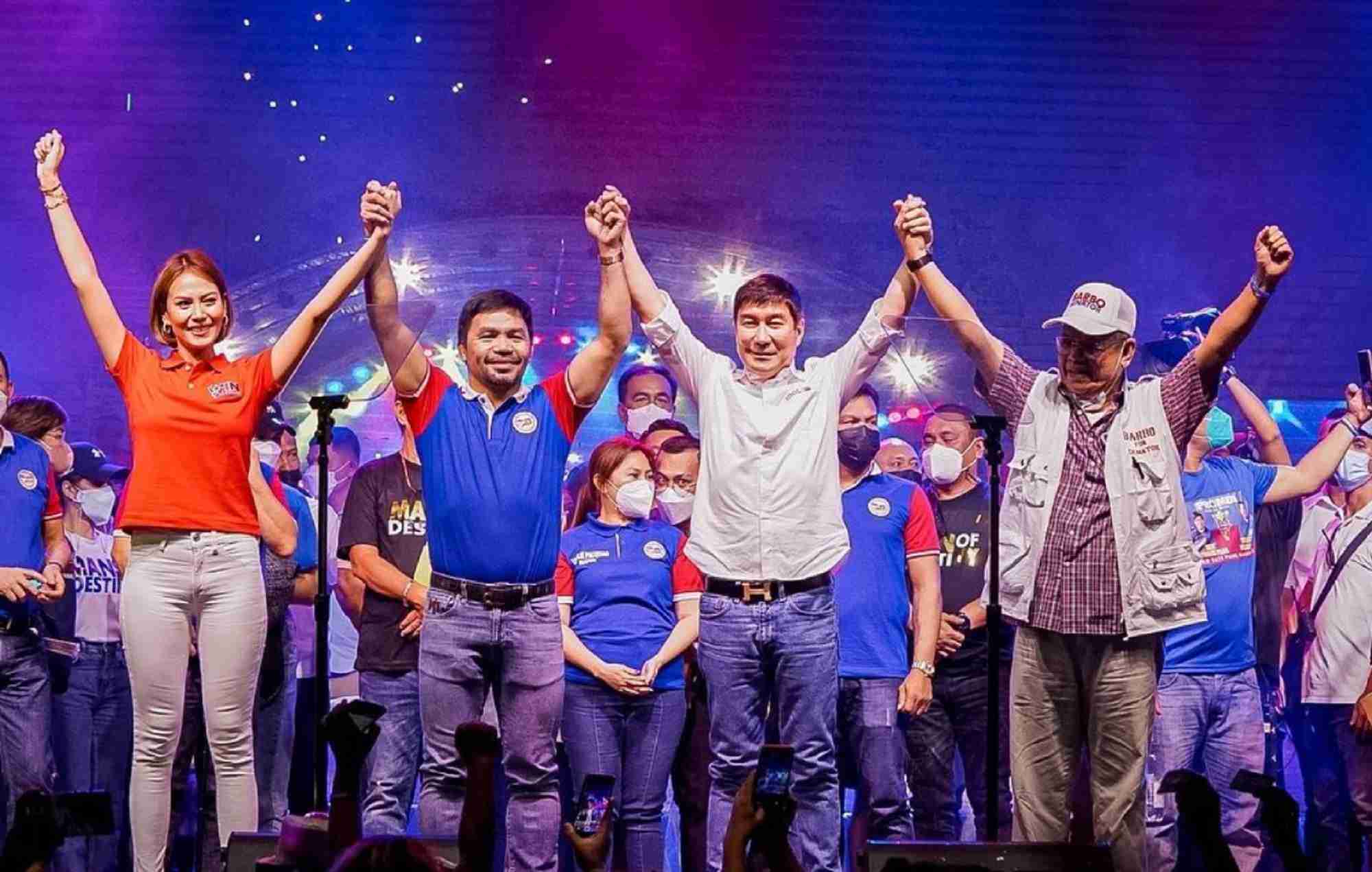 Manny Pacquiao is a good egg. That’s for sure.

The Filipino boxing legend is proving popular running for President in his home country at the moment:

‘Compatriots, I sincerely thank you for your warm support on the first day of our biggest fight. I will take you to the championship I want because THIS BATTLE IS AGAINST EVERY FILIPINO!’

Great stuff of course he’ll do a tremendous job moving forward in the future.

A bit of peace in the world appears to be there a bit more as of late. Grand job.

Lots of changes in governments, mandates and so forth in America and many countries now.

Had a sense they’d see sense.

Lots of changes in certain Embassies too over here in Ireland. Thought so. Very good.

The old Ukraine situation seems to be coming to a peaceful and hopeful resolution also apart from some stupid loud mouth Brit government getting the current US administration into even more trouble than they were already in.

It is now widely reported that the Democratic party (not just the Republicans now) are furious with this current State Department, White House and administration and big changes happening with the Democrats.

Had a sense they’d see sense in the end too 🤣

Hopefully things continue to go in the right direction.

Good luck to Manny Pacquiao on the above.

All in all solid week of boxing.

Recovering still from some vicious jet lag and head melting web development work at the moment and stupid Brit Irish time difference and delays again for the fights in America but nice to be around the Irish fields of Gold and fresh air.

Per new policy we won’t be on here as much every Saturday now (depending on time zone) moving forward but will endeavor to schedule some articles here for Saturdays if not on here live.

We will enjoy the fights live, fook this remote working crap for much longer, where possible, and pick back up here late Saturday night/Sunday morning (depending on time zone) as per usual then on this boxing site.

Have a good weekend.

Thanks and take care.