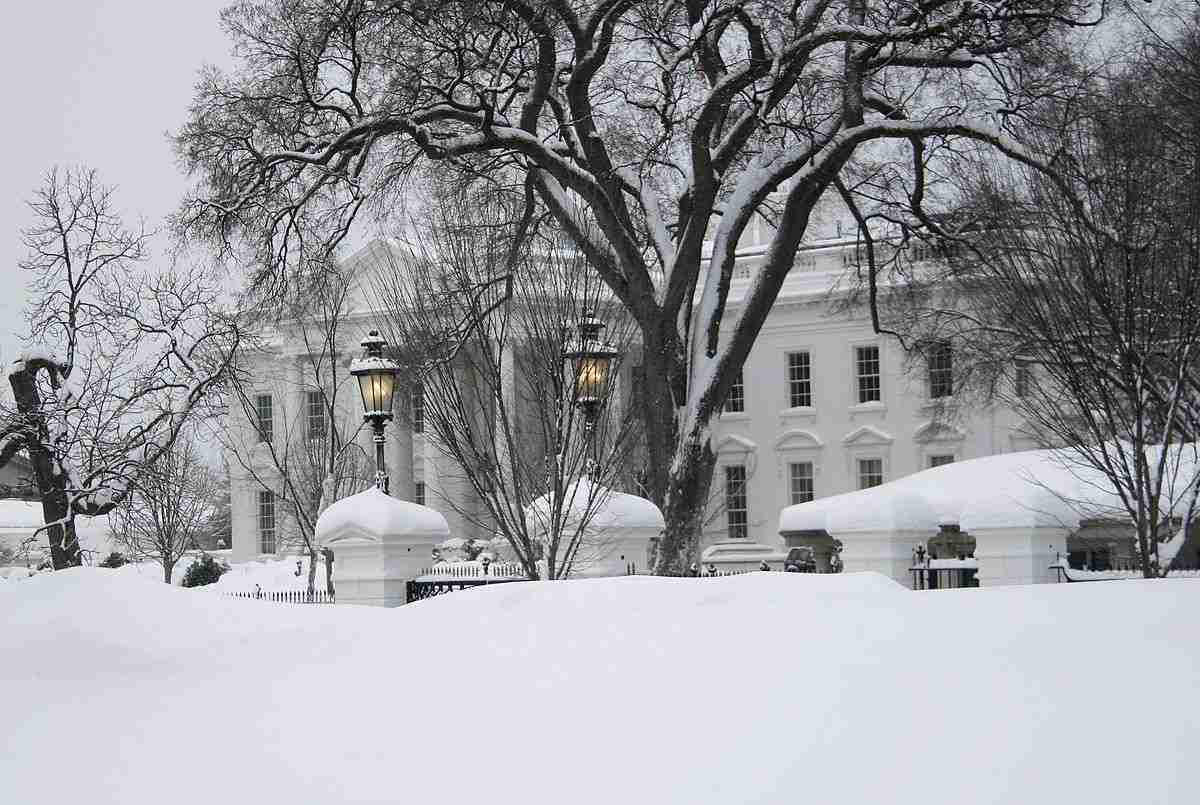 President Biden probably a good guy and his wife Jill Biden seems like a nice lady but still not sold on elements of the White House.

Has all the bells and whistles and comes across well but possibly a lot of badness in it too in terms of some of the terrible ways people from there speak to others.

Probably a lot of good people there too of course, who knows, but it is getting a real beating at the moment by some sort of snowstorm hitting Washington hard:

Seasons beatings maybe for the old White House although people back to work now this week for the most part with the holiday season over.

Often peculiar how some decide to break for Christmas holidays who purport to represent the people. Democrat party in America appear to be dwindling fast now.

Particularly during the biggest world crisis that they sometimes in a rather pompous manner pontificate to have happened humanity since World War II.

Average man on the street continues to listen less and less now as they fail democracy, America and the world. Change the channel a bit White House.

White House looks pretty cool though in fairness. All those food things they serve look great.

With that being said perhaps they stuff all the workers there with as much food as they can from the irrelevant, nonsense devil:

Us nobodies don’t know nothing though.

Hopefully things get a little better this year for America and the world.

George Foreman Vs Mike Tyson Who Would Have Won