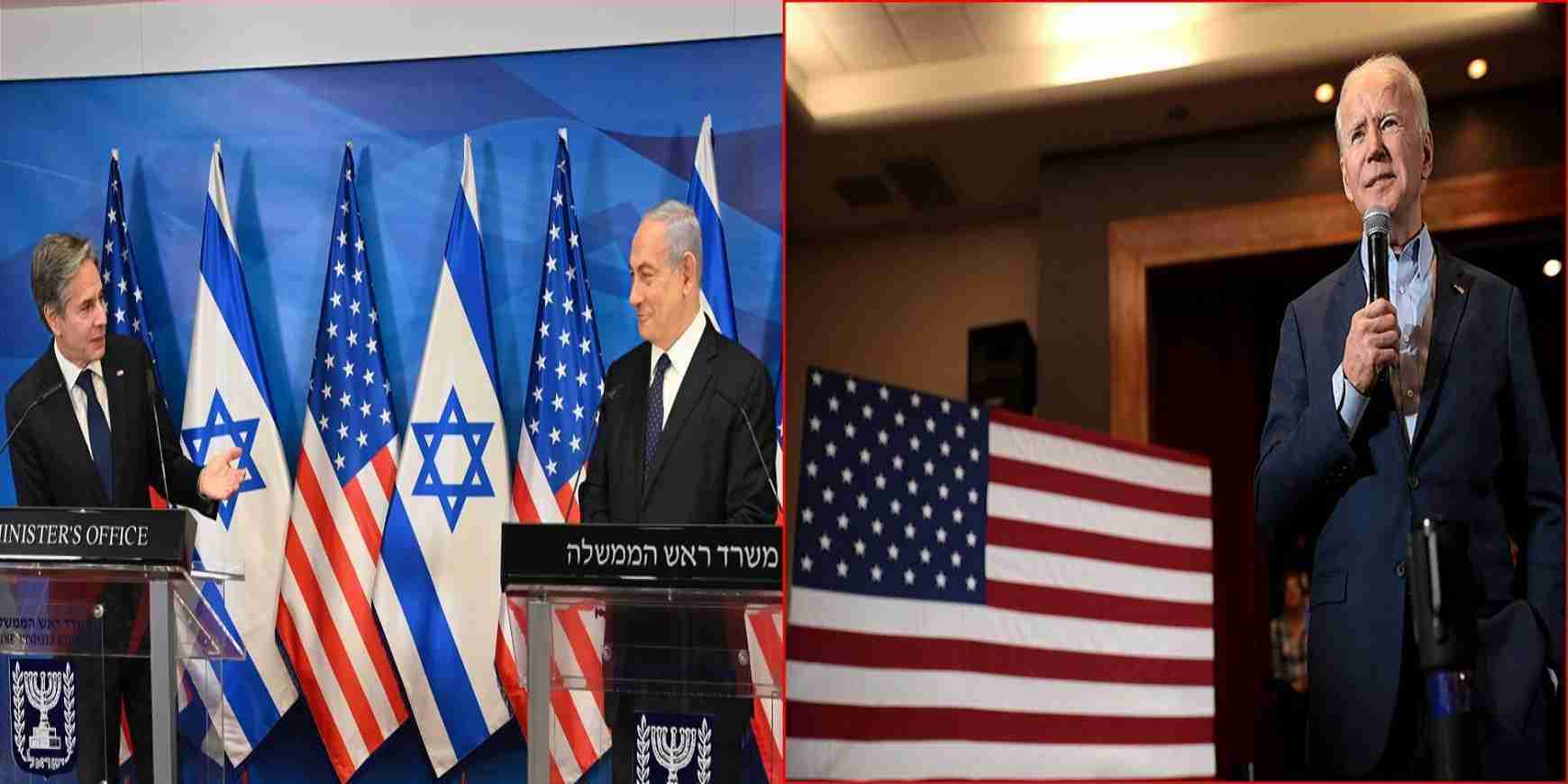 Biden At Risk Of Getting US Destroyed By China, Russia And Many Others

He comes across as a man of integrity and reason.

At least when trying to formulate appropriate policy worldwide for the country.

George Foreman Vs Mike Tyson Who Would Have Won

Perhaps the recent change in tune coming after informed, pragmatic computation and quantification of where the President of the United States of America currently stands in the big picture.

After all, any correctly-assumed policy research for America in world affairs and liaison internationally is only as good as the trust of his colleagues and the President will know this.

After all. Any credible world leading psychologist or even Supreme Court judge of entire nations in any sovereign, independent State, will tell you assumptions form any theory. Therefore they are only ever theoretical at best.

Consequently, moreover, they are never, by any literature definition, in any perceived context, of any published work or university dissertation in the history of humanity, never, total fact or absolute truth.

Without occasional, respectful correction or revocation.

To push them forward and help them as time goes on.

Any of these people and individuals can in fact only do what any mere mortal of all of us can do.

And that is one thing.

It will be up to President Biden to independently as an individual himself, trust his colleagues, as the Commander of the nation.

During times of experiencing extreme hardship and so forth like the current time.

Hope and unity in times of trouble such as the world faces now often leads to the greatest light, and good, not evil, after the darkness passes.

Good times always come after the bad. That’s how it is and the way it goes. It has always has been the way.

In terms of where President Biden stands, the prospects of the Democrats in the United States having any more power or votes from the people remains inconclusive at this point. Likely not good with the current plummeting of the party into a downward spiral at the moment.

Following the party going into seemingly, but not yet inevitable, terminal decline in recent months.

Exasperated around Christmas time as anticipated by many in the six months or so beforehand.

Inflation has been incorrectly applied. California as the 5th largest economy in the world is in freefall and if it continues to bomb like it has, then the dollar, Fed, Wall Street, the market and America, and the world, will break. Without America money or nothing has meaning without your people at the end of the day.

‘In God we trust’ is on the back of a dollar for good reason. Whatever one’s beliefs. Each to their own. Humans break easy in the end without God. All of them. Every single one of them. Happens all the time. With God nothing is breakable though as God created everything in the first place in the beginning of all times and creations. The one who exists at the very intersection itself of all times. God’s understanding of time surely very different to how us humans understand the concept. Each to their own.

As regards the American and world economy, this was warned about in various quarters in advance but not all is lost yet.

In medical terms, a physician’s job is to preserve life.

The USA need to stop the bleeding and put in a lot of work in the coming time and times ahead.

In boxing or athletic terms for America, of getting stronger all the time as time goes on, America as a country will need to put the appropriate added functional weight on itself, muscle gain and sufficient muscle mass increases to compliment its already extensive strength, diplomacy, artillery, speed, heart, brain power and innovation in all departments to achieve the following suggestion from the honorable Secretary of State below. It can only do this with its people though. All Americans working together as a team in the eco system of all the systems that make up America, and the world.

There is important work ahead. Maybe in boxing terms America as a country just has to sacrifice a little bit at home first in the time and times ahead, things will work out in the end, they always do:

A new pasture for America both domestic and foreign on the world stage. Maybe in a similar way to the birth of a new child that has finally been baptized, God is good.

It is easy to get angry. Many criticize America all the time. That’s the easy thing to do isn’t it.

Is that thinking not working against you, though, in the end.

George Foreman On His Best Friend And Road Manager

Humans are only limited by petty squabbles, differences and so forth. Nothing more. If they are put aside and trust in God anything can be achieved. Seen it time and time again over the years. Happens all the time.

But it isn’t the critic who counts against the strong country that stumbled is it not.

Surely the following applies to America now more than ever as the continued impediments and blight of the world situation evolve but get better over time.

Perhaps Secretary of State, Mr. Antony Blinken, would be well-advised of his critics with this:

Furthermore, a genuinely God-fearing and righteous, honorable, strong man emerges from any rubble, ashes and doesn’t get angry at all, in fact.

Getting angry or playing the never ending (for right or wrongly) blame and complaining game is the easy one to do and doesn’t get any international organization anywhere. Nor moves people. Certainly not forward. It’s not about caring about votes. It’s about caring about people. Not blindly or too much but just enough if deserved.

The great Muhammad Ali spoke well on this one time:

At its core pertaining to Secretary’s Blinken’s suggested objective and missions.

Perhaps a simple suggestion on his international diplomacy could be this.

Give Edward Snowden his American passport back might be one idea. What a show of international diplomacy, strength and forgiveness from America that would be in all aspects.

As well as benefitting the country in all aspects having one of your brightest citizens back at home where he belongs.

A man should should use sense and bold fearlessness but correctly-applied measured, due diligence, informed-kindness and compassion when ascertaining motive and probable cause when trying to weigh-up Blinken’s action for America above.

This same non-confrontational, non-judgmental, detective mentality, congruous and respectful assertion and here endeth the lesson for America — following the last two years’ world situation — can be applicable within this sometimes narrow-in-application but often universal-in-execution scope for the greater good.

America and Americans have a wonderful, marvelous ability to innovate, come together despite differences and work as one to do good.

Boxing Beauty Grabs Attention One More Time Before End Of 2021

In any perception of morality and value system. Each to their own.

This is America we’re talking about. Not some crazy place at the moment like the Netherlands or something. All will be fine here, there and everywhere ultimately. No worries. All day.

America is a melting pot of everything and that’s where that unquantifiable, almost innate, super natural innovation derives from in its genesis.

Trying to be kind to all people is always not easy for human beings to do but man has shown over time that he is capable of anything when he puts his mind to it.

Joy can be found in the world if you open your eyes, listen and trust in what almighty God and his son Jesus Christ are doing. All the time and more than you think. Of course we are all only human and you can only do your best.

A wise-man from America once told us people are just people and history while slightly but not always repeats itself, facilitates people to get a little better as time goes on.

With that being said, we know very little of course.

We are all insignificant and of no importance in this infinite universe under the eyes of the only one who sees all and knows all, and is the only perfect being, we’ve found on the voyage of life, Almighty God:

Each to their own, whatever your beliefs on the universe and God are.

Anyone in any ‘leadership’ role would be very-well-advised to have a humble mentality when making their ‘proposals’ or ‘propositions’ as time goes on. It is not for them, but for people, around the world — to decide the world’s fate moving forward. In all aspects.

Within each sovereign individual nation.

America will always be important in this of course. Forget the bad times, focus on the good, learn, improve, get stronger and move forward. The future is bright.

Is the glass half full or half empty.

You decide on the answer to that question.

You have more power than you might even know 🙂

Focus on you and your people first, then international diplomacy closely after that, secondly, and not be concerned about the world all the time and ironically, maybe in doing that, the world gets a little better, and more together, on the whole.

Finally as pertaining to Mr. Blinken’s sentiment above.

The truth in any respectful (a two-way street) diplomatic-dialogue between international nations is frequently found in the middle.

True humility for him perhaps can be summed up best by the great Filipino boxer, Statesman and Champion of the World.

Soon to be President of the Philippines.

“My job Sir is to work hard everyday and be a better man than I was yesterday.”